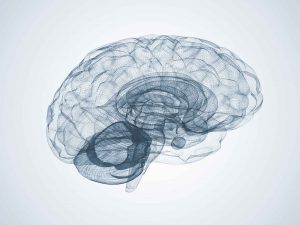 I have a strong interest in Mental Health.  In 2017 I became a founding member of Wellington’s Acupuncture for Mental Health (AMH).  In January 2020 I graduated as a Neuropuncturist. Neuropuncture is a unique acupuncture system that incorporates research of the neurophysiological mechanisms of acupuncture, and combines it with research of electrical acupuncture’s effects on specific neural receptors. I believe that both acupuncture and electro-acupuncture can offer much to people suffering from stress, nervousness, and anxiety, depression, and post-traumatic stress disorder. I have listed a few research articles that may be of interest.

Acupuncture is equal to counseling in effectively reducing depression when compared to usual care alone. In a large randomized controlled trial involving 755 people, researchers investigated the clinical effectiveness of 2 interventions, acupuncture or counseling, in treating patients with depression, and compared these 2 groups to usual care ( anti-depressants) in primary care in northern England. Compared to usual care, there was a statistically significant reduction in depression at 3 months, and at 12 months for both interventions. Differences between acupuncture and counseling were not significant.

‘Can Acupuncture Treat Depression?’ Scientific American published an article that showed acupuncture was as effective as antidepressants and may help treat the medications’ side effects.

Women’s experiences of having depression during pregnancy and receiving acupuncture treatment. The women in this high-quality study reported gaining benefits from acupuncture that they felt enabled them to better manage their lives and the changes that pregnancy brings.

Acupuncture Can Reduce Anxiety Even When Medication and Cognitive Behavior Therapy Fails. This study published in the British Medical Journal suggests that “acupuncture is a promising intervention for patients with chronic anxiety symptoms that have proven resistant to other forms of treatment”. The positive effects were maintained even after their post-treatment check in 10 weeks later.

The Effectiveness of Acupuncture Therapy on Stress in a large Urban College Population. This study indicates that acupuncture may be successful in decreasing the perception of stress in students and staff at a large urban university, and this effect persists for at least 3 months after the completion of treatment. While participants of both the groups showed a substantial initial decrease in perceived stress scores, at 12 weeks post-treatment, the acupuncture group showed a significantly greater treatment effect acupuncture than the sham ( not a true control)acupuncture group.

Both electro-acupuncture and medication therapy may improve the symptoms of PTSD patients; the former is better than the latter in efficacy. was the conclusion of this randomised controlled trial. The population studied was 512 earthquake-caused PTSD patients.

‘There is high-level evidence to support the use of acupuncture for treating a major depressive disorder in pregnancy’  concluded the authors in this American study reviewing the evidence on treating pregnant women, who, unable to use pharmaceuticals to treat anxiety and depression, were given acupuncture.

Women’s experiences of having depression during pregnancy and receiving acupuncture treatment. The women in this high-quality study reported gaining benefits from acupuncture that they felt enabled them to better manage their lives and the changes that pregnancy brings.

If you would like to make an appointment to see me, online bookings are an easy option.

How Does Acupuncture Work For Mental Health Issues?

Acupuncture can be safely combined with conventional treatments such as medication or psycho-educational therapy, possibly enhancing their beneficial effects (Courbasson 2007) and reducing unwanted side-effects (Yuan 2007).

Research has shown that acupuncture treatment may specifically benefit anxiety disorders and symptoms of anxiety by: