About acupuncture – How does it work? 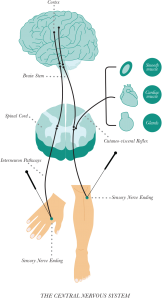 What is acupuncture and how does it work? Here is some information that I hope you will find both informative and very interesting.

Classical acupuncture is part of the holistic system of medicine known as Traditional Chinese Medicine (TCM). It has been used in China for the past 3000 years and is now widely practiced throughout the world. It is used to diagnose and treat illness, prevent disease and improve well-being.

As a neuropuncturist, I look at acupuncture from a biomedical viewpoint. When an acupuncture needle is inserted into a designated point on the body and mechanical or electrical stimulation is delivered, various neural and neuroactive components are activated(1)

Neuropuncture is a unique acupuncture system developed by Dr. Michael Corradino (USA). It incorporates research on the neurophysiological mechanisms of acupuncture and combines that with research on the effect of electrical acupuncture on specific neural pathways and receptors, and on the substances/chemicals such as nerve growth factors, histamines, and white blood cells that are released into the muscles or at sites of trauma. In January 2020, I was certified by Dr. Corradino as a neuropuncturist, one of only 5 in the world at that point in time.

Dr. Corradino says “Applying western medical sciences to the classical TCM module does not subtract from the efficacy of the “traditional” acupuncture system, it only amplifies and further explains the unique, powerful neuromodulating effects that can be scientifically understood, and harnessed by Neuropuncture’s techniques. From depolarizing affected nerves, targeting specific receptors for the release of specific neuropeptides, to regulating dysfunctional autonomic reflexes.” (2)

An example of stimulating a specific nerve is vagal nerve stimulation. 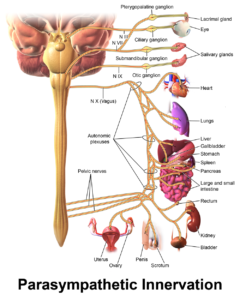 This nerve is the sensory network that tells the brain what’s going on in our organs, most especially the digestive tract (stomach and intestines), lungs and heart, spleen, liver, and kidneys, not to mention a range of other nerves that are involved in everything from talking to eye contact to facial expressions and even your ability to tune in to other people’s voices. It is made of thousands upon thousands of fibers, operating far below the level of our conscious mind. It plays a vital role in sustaining overall wellness. It is an essential part of the parasympathetic nervous system, which is responsible for calming organs after the stressed “fight-or-flight” adrenaline response to danger. (3)