Nutrition plays an important role in achieving healthy fertility, enjoying a healthy pregnancy, and most importantly a healthy baby.

While eating a healthy diet is most important, we may not be getting all we need.  Nutritional deficiencies have been linked to hormonal problems such as ovulation issues, poor egg health and low sperm count. During pregnancy, nutritional needs are higher, and meeting those needs will have a positive effect on the health of both the mother and her unborn child. The effects of good nutrition while the fetus is developing during pregnancy and breastfeeding will last a lifetime. Think of good fertility supplements as a backup plan that ensures you are getting the nutrition you don’t get from your diet.

What you won’t find in high enough levels in your Prenatal supplement are the oils Omega 3, CoQ10 and Vitamin D

Omega 3 Fatty Acids After a good Pre-Natal supplement, Omega 3 is the most important fertility nutrient to consider…

CoQ10/Ubiquinol. Researchers remarked that taking a CoQ10 supplement was “like turning back the clock on the age of the eggs.” Sperm function is also significantly improved…

Vitamin D research has shown that supplementation may help couples trying to conceive. Good vitamin D levels are associated with better quality embryos and a better chance of implantation, and fewer complications in pregnancy…..

While eating a healthy diet is most important, we may not be getting all we need.  Nutritional deficiencies have been linked to hormonal problems such as ovulation issues, poor 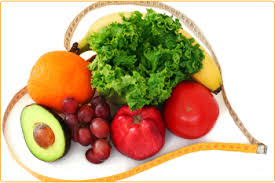 egg health, and low sperm count. During pregnancy, nutritional needs are higher, and meeting those needs will have a positive effect on the health of both the mother and her unborn child. The effects of good nutrition while the fetus is developing during pregnancy and breastfeeding will last a lifetime. Think of good fertility supplements as a backup plan that ensures you are getting the nutrition you don’t get from your diet.

Nutrients in a good quality prenatal supplement should include the following…

Beta-Carotene is the vegetable precursor to Vitamin A and is completely safe during pregnancy. Beta-carotene is a powerful antioxidant which helps to protect egg and sperm DNA from damage by harmful free radicals which can affect the quality of both the egg and sperm.

Vitamin B6 may be used as a hormone regulator. B6 has also been shown to help with Luteal Phase Defect. B6 is important during pregnancy as it is involved in the formation and growth of red blood cells. In pregnancy, it supports a healthy nervous system as it is required for the production of several neurotransmitters, such as serotonin, GABA and norepinephrine. is the metabolically active form of vitamin B6.

Pyridoxal 5-phosphate is the metabolically active form of vitamin B6.

Vitamin B12/Mecobalamin (co-methylcobalamin) has been shown to improve sperm quality and production. It also may help to boost the endometrium lining in egg fertilisation, decreasing the chances of miscarriage. Some studies have found that a deficiency of B12 may increase the chances of irregular ovulation, and in severe cases stop ovulation altogether.  Research showed that women supplementing B12 prior to conception and in the first 12 weeks of pregnancy could reduce their likelihood of giving birth to children with spina bifida, hydrocephalus and other conditions affecting the central nervous system. (2).

Choline. Research indicates that higher choline intake during pregnancy is associated with lower risk of neural tube defects. Choline also protects against elevated homocysteine levels which are associated with increased risk for miscarriage, and in one study was associated with poorer egg and embryo quality in women with PCOS undergoing IVF. In addition, choline is involved in memory and muscle control. In a study in rodents, when mothers consumed higher levels of choline, their offspring had significantly better memory throughout their lives. Thus choline intake during pregnancy may have a very long-term impact on memory and brain function from infancy into adulthood.

Vitamin E is an important antioxidant that helps protect sperm and egg DNA integrity. Supplementing with Vitamin E has been shown in studies to have beneficial and protective effects, especially on Sperm motility, and also somewhat on sperm morphology. A study published in Fertility and Sterility 2010 showed that Vitamin E supplementation may increase endometrial thickness. But  If you have endometriosis It is not a good idea to supplement with Vitamin E.

Iodine. There is increasing evidence that New Zealanders are not ingesting enough iodine. This is necessary for growth and fetal brain development.  The NZ Ministry of Health recommends you should take it from when you first find out you are pregnant until you stop breastfeeding. NZ’s Fertility Associates also recommends taking it if you are trying to conceive.

Iron. Studies have shown that women who do not get sufficient amounts of iron may not ovulate, and may possibly have poor egg health, which can inhibit pregnancy at a rate 60% higher than those with sufficient iron stores in their blood.

“In a study of women who were having ovulation problems, 40% became fertile after supplementing with iron.”

Selenium. An antioxidant that helps to protect the eggs and sperm from free radicals. Free radicals can cause chromosomal damage which is known to be a cause of miscarriages and birth defects. Selenium is also necessary for the creation of sperm. In studies men with low sperm counts have also been found to have low levels of selenium.

Folate/Folic and Folinic Acid -How much should you take?  An 800 µg folic acid tablet is recommended in New Zealand simply because 400 µg tablets of folic acid are not currently available as a registered medicine in NZ ( Ministry of Health. 2003. Improving Folate Intake in New Zealand: Policy implications.) . The rest of the world becomes 500ug. The best prenatal supplements will contain a combination of folate, folinic, or folic acid that add up to 500ug to address the fact that around 10% of our population has the MTHFR gene that can struggle to convert folic acid to folate. Levomefolate calcium is an example of a biologically-active form of Folate (found naturally in breast milk and umbilical cord serum).
Folic/Folate is taken to prevent neural tube defects in developing fetuses. And that’s not all: folinic acid is part of the very important B-complex family of vitamins that are necessary to produce the genetic materials DNA and RNA, not only of the egg but also the sperm. Together with vitamin B12, folinic acid works to ensure that your baby’s genetic codes are intact. It is essential that you get plenty both before and during pregnancy. Deficiency in folinic acid may increase the risk of going into preterm delivery, infant low birth weight, and fetal growth retardation. Deficiency may also increase the homocysteine level in the blood, which can lead to spontaneous abortion and pregnancy complications, such as placental abruption and pre-eclampsia.

Vitamin K which plays an important role in healthy blood coagulation. Vitamin K is also necessary for the synthesis of osteocalcin, an important protein found in bone.

Pantothenic acid is involved in healthy hormone synthesis and modulation.Nutrition plays an important role in achieving healthy fertility, enjoying a healthy pregnancy, and most importantly a healthy baby.

Calcium When you’re pregnant, your developing baby needs calcium to build strong bones and teeth. Calcium also helps your baby grow a healthy heart, nerves, and muscles as well as develop a normal heart rhythm and blood-clotting abilities. Calcium can also reduce your risk of hypertension and preeclampsia. And if you don’t get enough calcium in your diet when you’re pregnant, your baby will draw it from your bones, which may impair your own health later on.

Chromium is important if you’re diabetic or become diabetic during pregnancy (gestational diabetes).

Copper gluconate, a trace mineral found in all plant and animal tissues, is essential for forming red blood cells. This is especially important during pregnancy when your blood supply doubles. Copper helps form your baby’s heart, blood vessels, and skeletal and nervous systems.